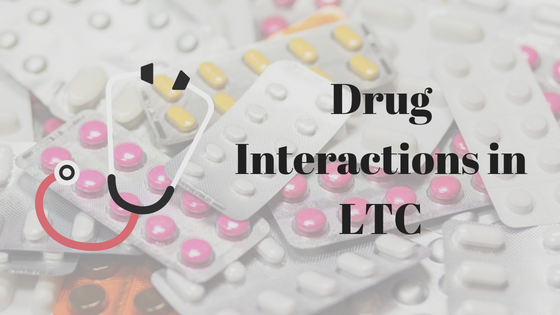 Warfarin – Warfarin is primarily metabolized by CYP2C9 and CYP3A4.  Common medications used for infections like sulfamethoxazole/trimethoprim, metronidazole can substantially raise INR.  Many clinicians are well aware of these interactions when medications are started, but you also need to recognize the clinical impact of drug interactions when medications are discontinued.  In one scenario, I remember a patient on rifampin (a potent enzyme inducer) for 12 weeks.  The warfarin had to be increased by several milligrams per day to maintain a therapeutic level during treatment.  Following discontinuation of the rifampin, the INR skyrocketed to almost 10.  The team did not recognize that when the antibiotic course was complete, the warfarin dose would have to be adjusted back downward.  I have seen survey deficiencies for errors and inappropriate monitoring of warfarin.

Fluconazole – Fluconazole is a potent CYP3A4 inducer and often used for yeast and other fungal infections.  This medication can substantially raise concentrations of other medications that are metabolized through 3A4.  Common medications that can be impacted by fluconazole include amiodarone, phenytoin (I’ve seen a case of toxicity due to this one), and warfarin.

Phenytoin – Phenytoin is an enzyme induce and can reduce concentrations of several different medications.  Apixaban, amiodarone, and some antipsychotics are just a few examples of how phenytoin could negatively impact previously therapeutic concentrations. Phenytoin is also notorious for chewing up vitamin D by inducing metabolism and reducing overall levels.  If you are looking for more pearls on phenytoin, check out this podcast episode.

NSAIDs – While I would overall say that NSAIDs have less drug interactions than the other medications list, the frequency of use and easy availability of these medications can lead to substantial challenges with drug interactions.  Warfarin (blood thinners in general) and lithium are two clinically significant examples of interactions.  Another common interaction is the risk to the kidney when NSAIDs are combined with ACEI’s, ARBs, or diuretics.

So there you have it, my list of the top five meds that I’ve seen cause or be a part of drug interactions.  What did I miss?

Looking for help in managing pharmacy services deficiencies, check out our free webinar!

Eric Christianson, PharmD, BCPS, BCGP is a consultant pharmacist and owner of this website.